Christos Grammatikogiannis is the president and CEO of ATRON HEALTH, one of the leading companies in the field of medical equipment.

He was born in Athens in 1978. He is a graduate of the Department of Physical Education and Sports of the University of Athens and holds a degree in English.

In September 2005 he joined the staff of Vamvas Medical SA, a medical device company that was the exclusive representative of BBRAUN products.

He served the company in various departments including Sales and Marketing. In January 2009 he was promoted to head of the company’s spine department.

From June 2011 to January 2013 he worked as General Manager of NeuroMiss.

In January 2013 he went to Oman where he worked as General Manager of the Medical Department of Genius Medicals LLC, until September 2014.

He joined the company’s human resources in October 2014 as Director of the Spine and Neurosurgery Department.

He contributed substantially to the rapid growth of the company and its cooperation with leading companies abroad.

From June 2018 until today he holds the position of President and CEO.

Sales Manager and Member of the Board

Konstantinos Roumeliotis was born in Piraeus in 1981.

He graduated as a Biomedical Technology Engineer from the University of Applied Sciences of Athens.

He holds a degree in English and German and has been awarded in a Panhellenic competition of Microsoft.

He was trained in the most of brain and spine surgeries as well as sales and negotiation techniques.

In May 2012 he co-founded the company Stark & ​​Watson and served as Sales Manager of the Department of Neurosurgery and Neuromuscular Electrical Stimulation, until October 2017.

In December 2017, he joined the staff of our company as sales manager of the Spine and Neurosurgery department, until June 2018, when he was promoted to Sales Manager of the department and was elected a member of the Board of Directors. 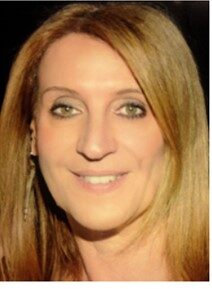 Member of the Board

Maria Mitropoulou holds a BSc in Business Administration and an MBA. Former Deputy General Manager and Member of the Board of Directors of Roche Hellas she worked as CFO and Deputy CEO in large multinational companies. He is a member of the Boards of Directors of many respective companies. He has extensive experience and specialization in Strategic planning, business reorganization and IT projects.